In line with the Transformation Agenda of the Federal Government, the FCT Administration has established a World Class Eye Centre in Kubwa District Hospital, Abuja.  The FCT Minister, Senator Bala Abdulkadir Muhammed (CON) made this disclosure on Thursday at the 2013 Ministerial Platform at the National Press Centre, Garki I District, Abuja.

The Minister revealed that the Administration has constructed and equipped with State-of-the-Art equipment two (2) modern 3-Bedded Intensive Care Units at Wuse and Asokoro District Hospitals respectively.

The Minister disclosed that his Administration during the same period under review established Radiological Centres in Kubwa and Gwarinpa District Hospitals as well as upgrading existing ones in Asokoro, Wuse and Maitama Districts Hospitals by procuring/installation of CT Scan Mammogram Fluoroscopy Digital X-Ray high end ultra sound (USS) with cardiac activity.

He also disclosed that the pilot scheme of the Community-Based Health Insurance has commenced in 60 FCT rural communities, which is an upscale of the community empowerment Agricultural initiatives of FCT where over 38,000 farmers income have increased more than 1,000 percent. Accordingly, the scheme currently has over 8,000 enrolees including the principal and the dependents, the Minister stressed.

Senator Muhammed remarked that the Administration is presently constructing 60-bed cottage hospitals at Gwagwalada and Karshi and have reached 53 and 30 percent completion stages respectively; adding that the work on the Utako District Hospital is on going and is at 59 percentage completion.

The Minister reiterated that the FCT Administration has just completed the expansion and rehabilitation of Asokoro, Maitama, Wuse, Abaji, Bwari Gwarinpa, Kubwa and Nyanya Hospitals. 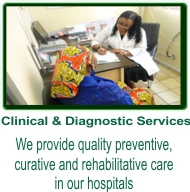 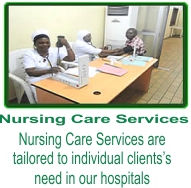 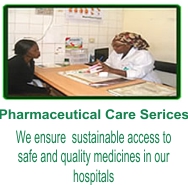